When you sit down on the settees in the saloon, Olga looks wider, when you are on the deck, in the middle of the seats, near the steering wheel she seems narrower. In reality she has a good compromise between livability and maneuverability

As she drafts mt. 1.50 for someone it may mean more rolling around at anchor, I think it is a subjective question, for me she is stable. 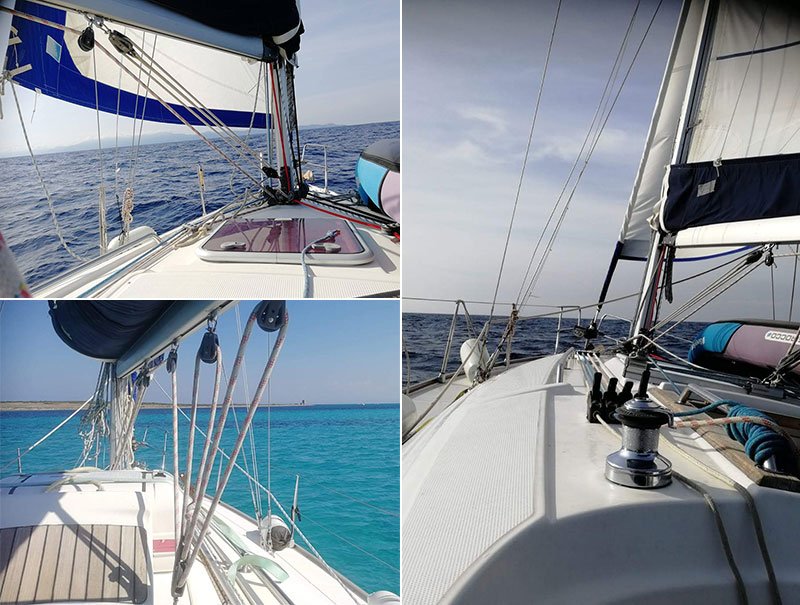 She has one mast, a battened main sail and a genoa.

As from the central cockpit the main sheet is not easily reachable from the helmsman, a German mainsheet system is applied. 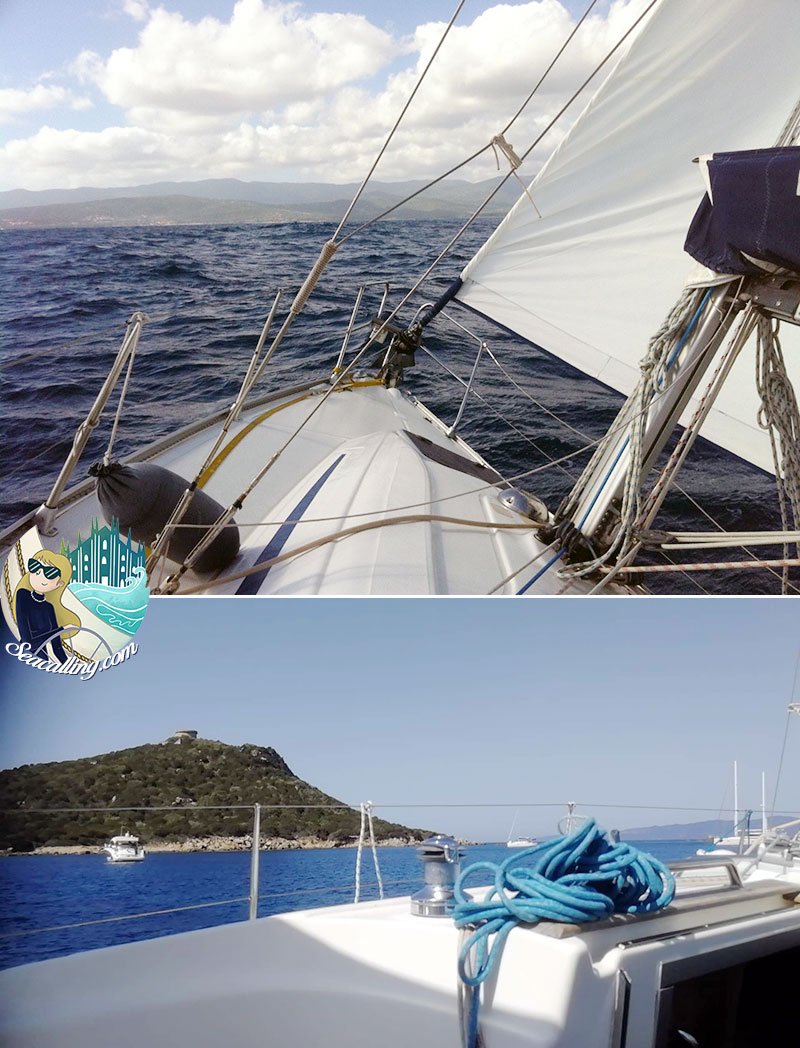 The winches are manual.

The boat is in fiberglass. 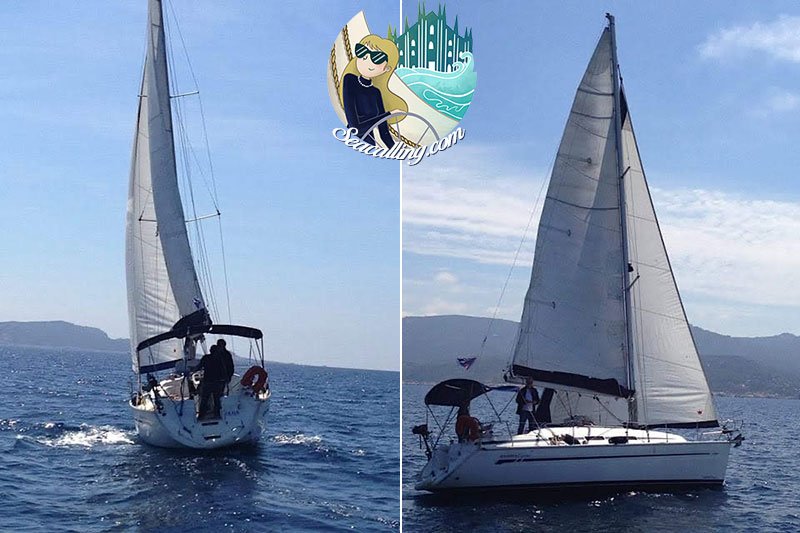 The hot water tank works either with the electricity of the dock or with the engine if it is running, when sailing or at anchor. 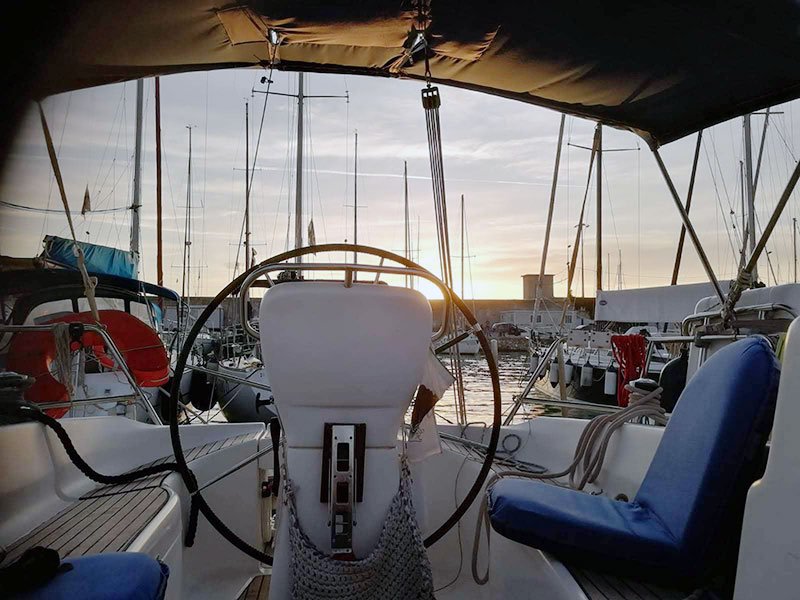 The deck is not really large but to eat outside there is a small fold up cockpit table put in the lateral lockers behind the seats. Luckily, they are big and capacious!
A little Bimini keeps the sun off the helmsman, who cannot go around looking for shadow while sailing.

To enter the sea to have a swim, you can easily remove the backboard. The aft area has steps to get off the sea, but the luxury thing is the shower to rinse off when on board! 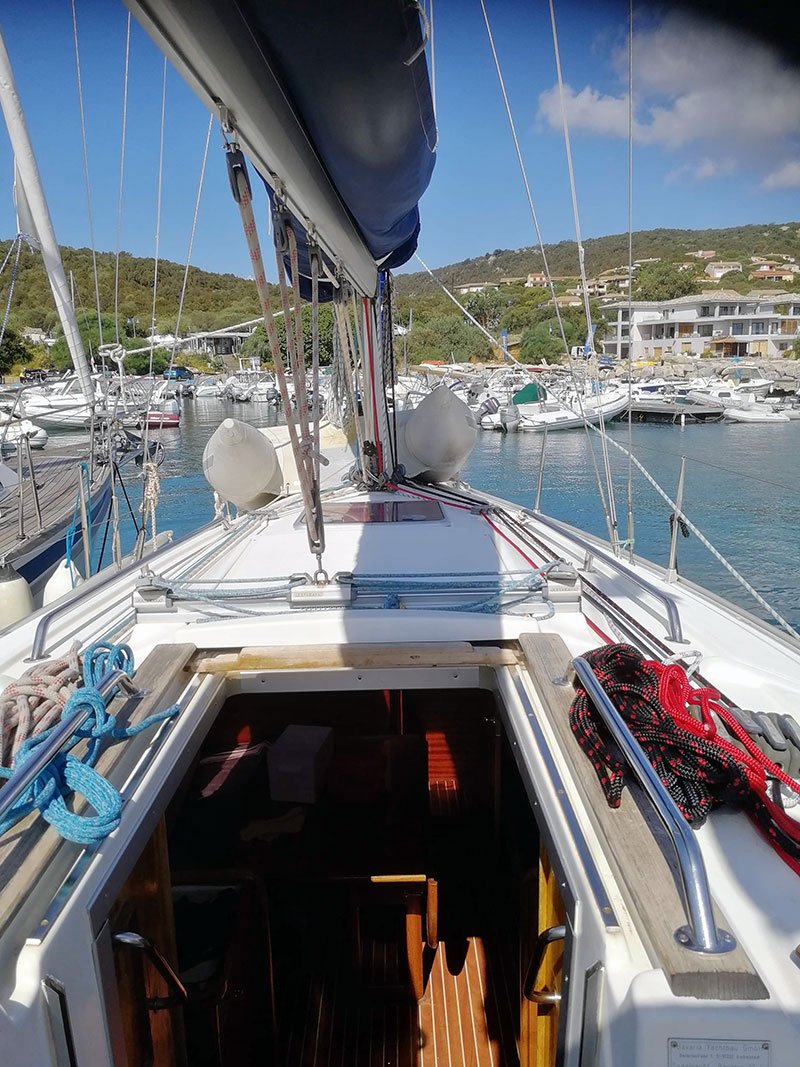 The deckhouse occupies most of the deck but as we are not beach people, we do not need sunbathing space. 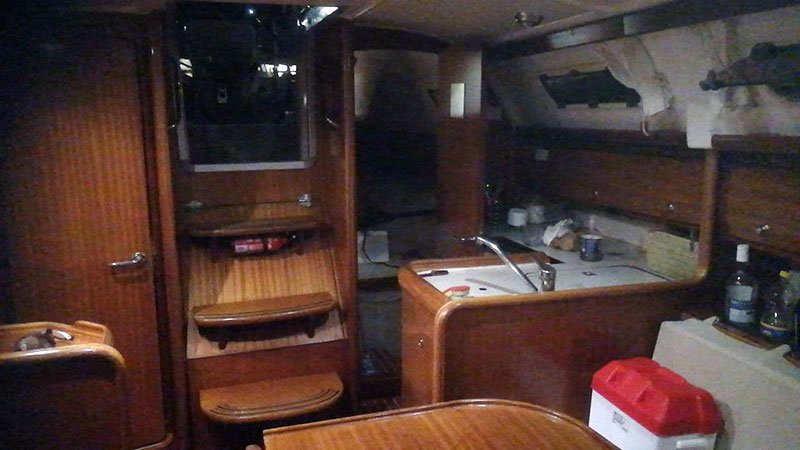 Down the steps, on the left, before the aft cabin, there is a fully functional, L shaped galley, with a tilt gas cooker and a oven.
Its gas cylinder is outside, in a special peak, behind the helm.
The fridge is a top loading model, not very handy but really roomy. 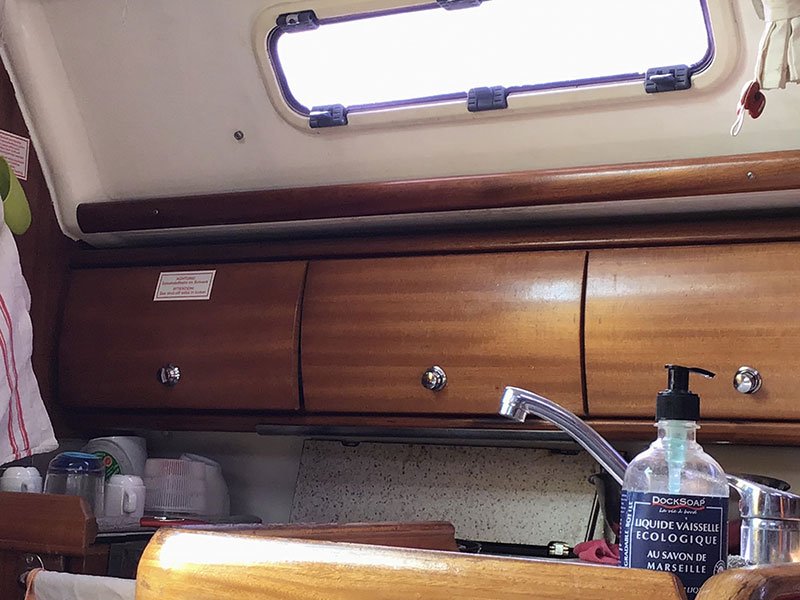 There are a lot of lockers and cupboards, from bow to aft, all along each topside, in order to fit into everything, when sailing.

The inside of the boat is finshed in cherry wood, not in laminate, so it looks like being on a boat from another time, with a warm ambience. 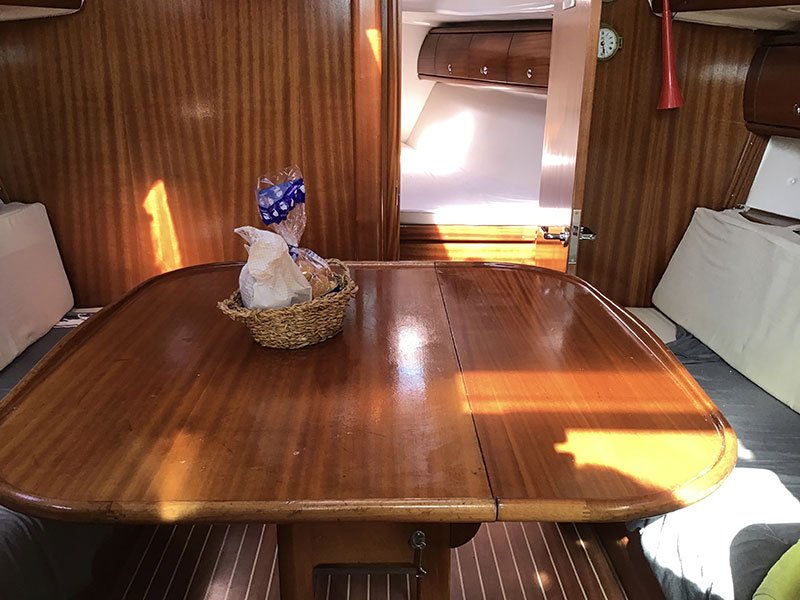 The saloon is entirely occupied by the table, when extended. Under the companion, on the starboard, there is the chart table with the controls, within shouting distance of the helmsman, which is a great advantage at sea. Behind the chart table there is the bathroom with the toilet, the sink and a very useful wardrobe, almost a closet, and 3 lockers.

The double forward cabin takes light from the deck hatch. The bed is quite large and there is ample storage space for the clothes. 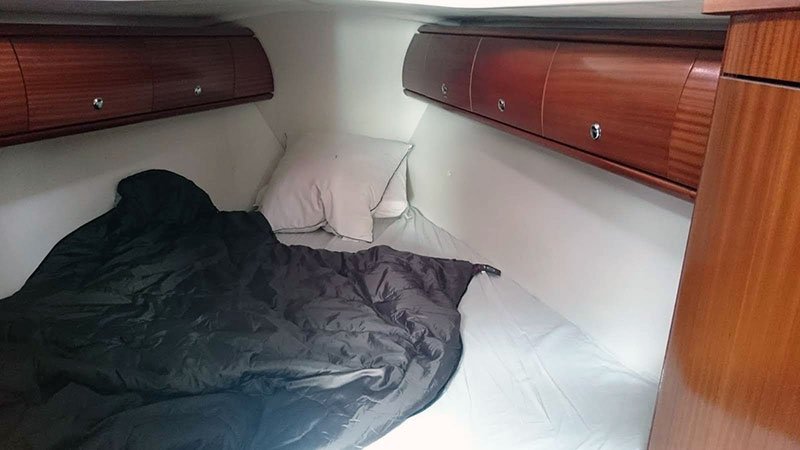